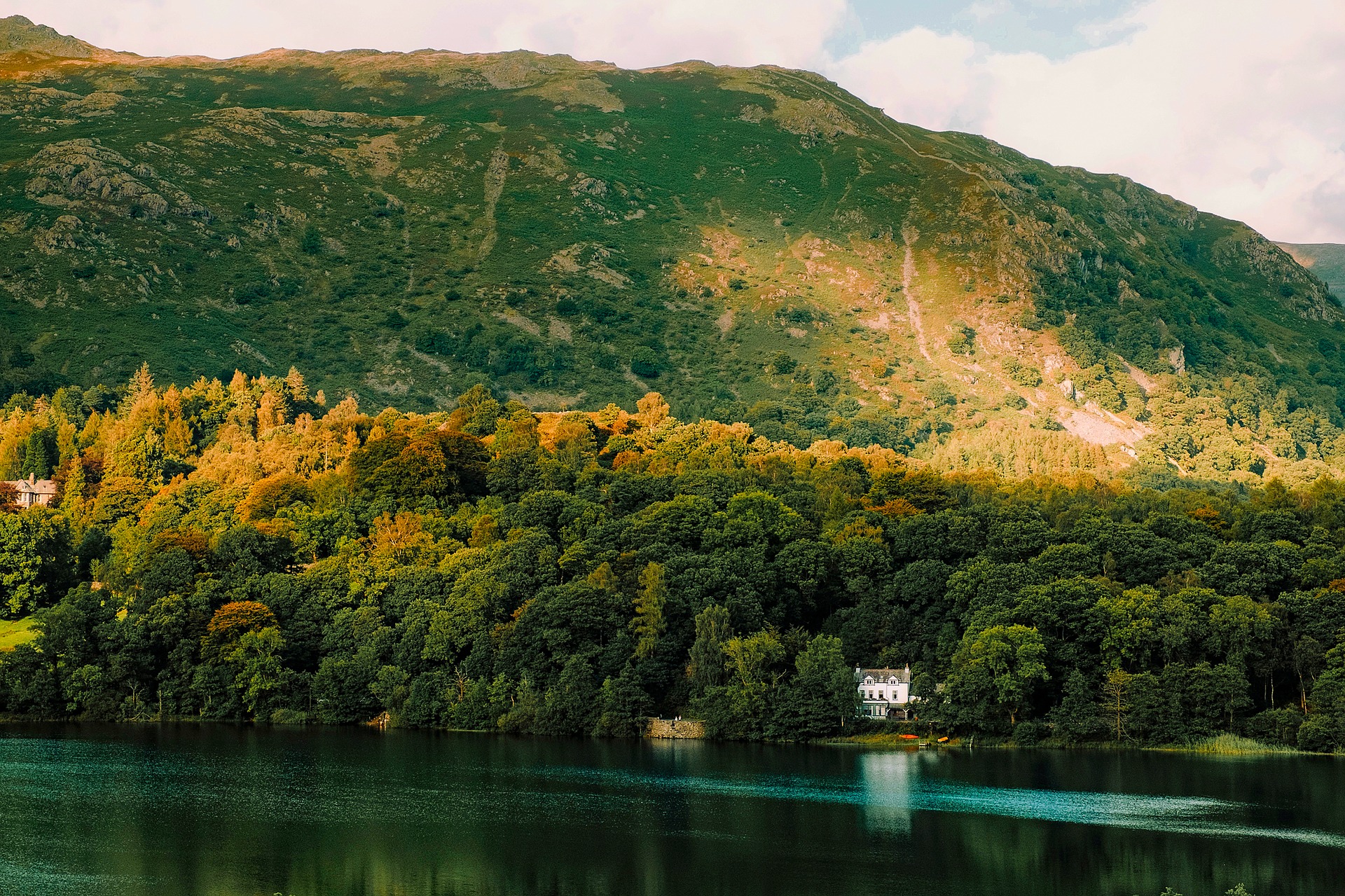 Grasmere stands in a charmed circle of sympathetic, intermediate and challenging walks and fell hikes. There are several low level introductory strolls ideal as a means of unwinding after a lengthy journey to Grasmere. One, not a a macabre as the name suggests, is the picturesque "Coffin Trail" which wends its way between Grasmere and Rydal. It was used by medieval coffin bearers carrying the bodies of local residents for burial in Grasmere prior to the building of St Mary's Church in Rydal.

Other enjoyable family walks include those to Easdale Tarn overlooked by Blea Rigg and Tarn Cragg, and the popular routes to Sour Milk Ghyll and Loughrigg Fell. The fell provides some of the most dramatic views to be found in the Lakes District.

A little more distant, but easily reached, are the intermediate and demanding tracks and paths to the higher ground of the Langdale Pikes, Bow Fell, Scafell Pike, Great Gable, Helvellyn and Borrowdale.

The shores of Grasmere are popular with walkers, cyclists, picnickers etc; some anglers prefer to fish for the large pike and roach of the lake from a hired boat. Day permits are available seven days a week during shop hours from the newsagents, Barneys Newsbox. 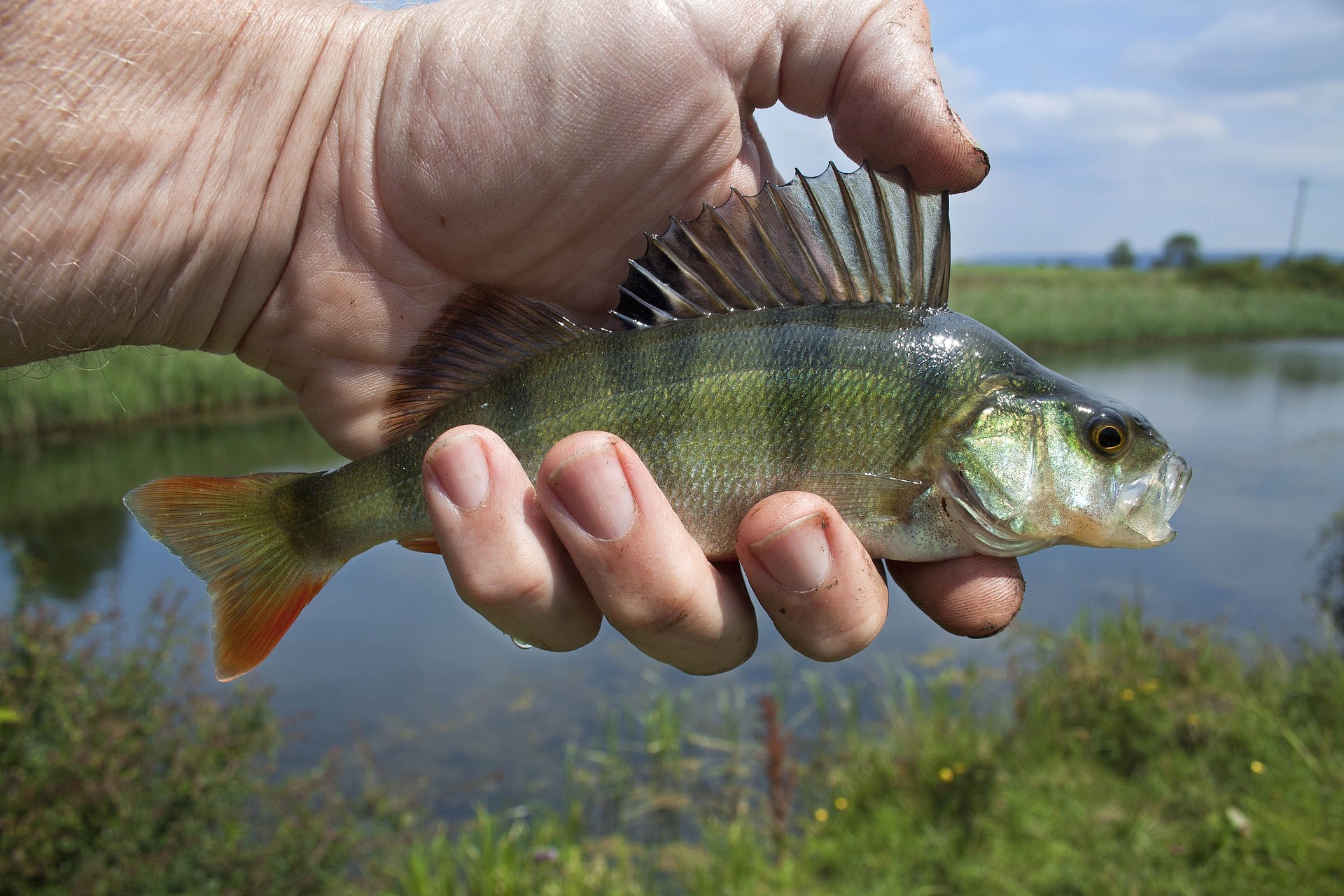 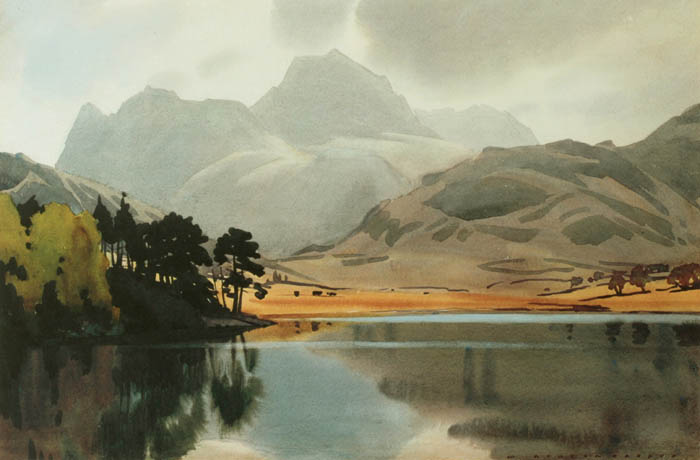 A visit to the Heaton Cooper Gallery is recommended with it's display of water colours by the famous artist. In the mid-summer of each year the Gallery presents an exhibition by various artists and sculptors.

The Rushbearing Ceremony takes place on the second Saturday of July when a procession, carrying bundles of rush, proceeds to St Oswalds church. Here the rush is laid upon the floor. This is a centuries old tradition of providing extra warmth to the often cold earth floor. 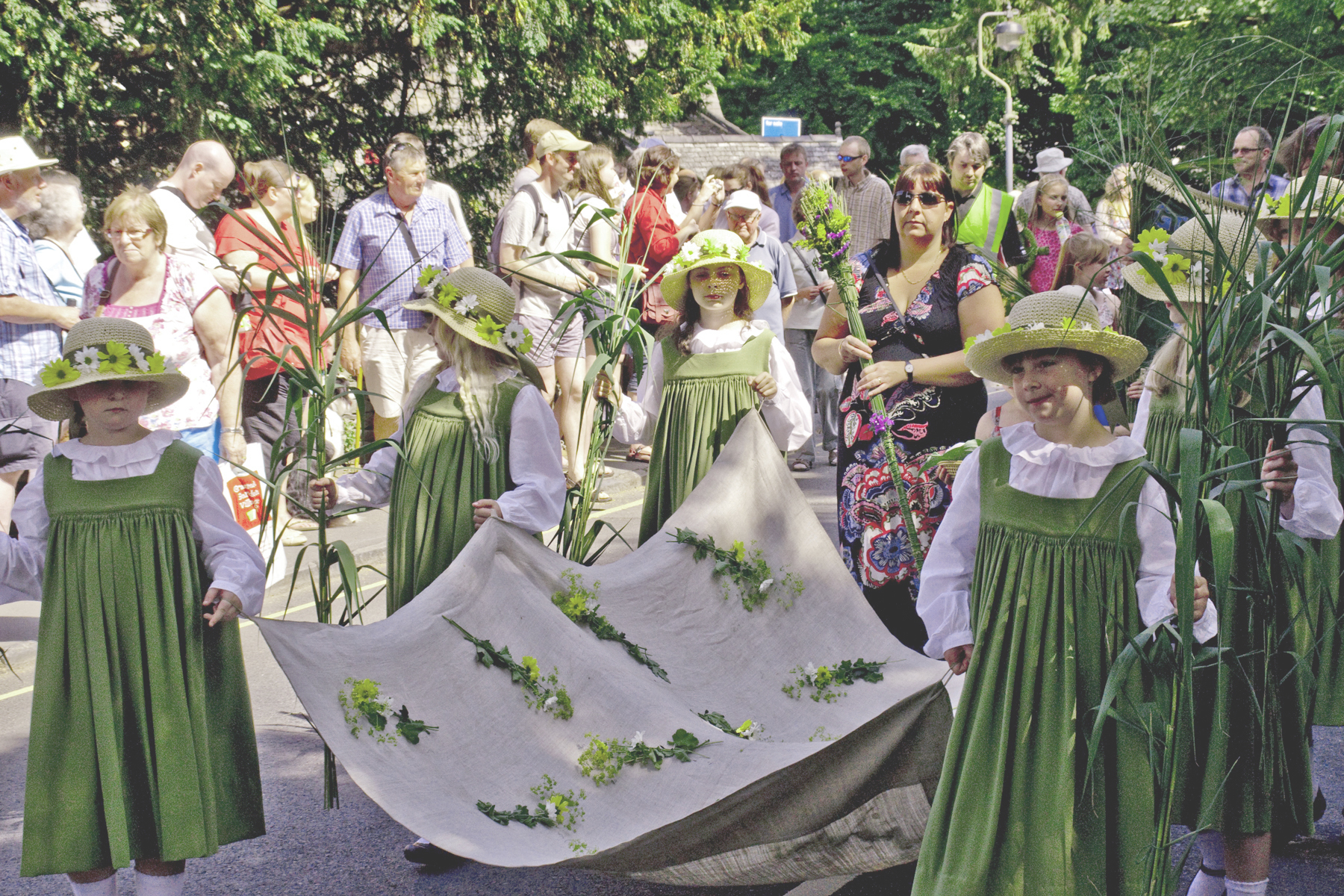 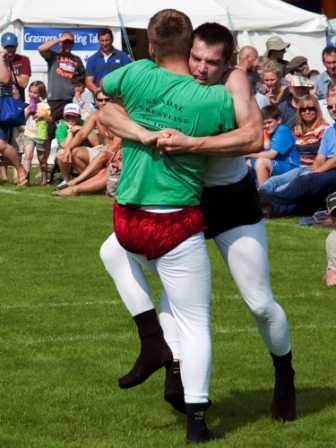 Late August sees the entertaining Grasmere Sports with displays of Cumberland wrestling, fell racing and hound trailing. This is a huge visitor and local favourite.

There are no upcoming events at this time.